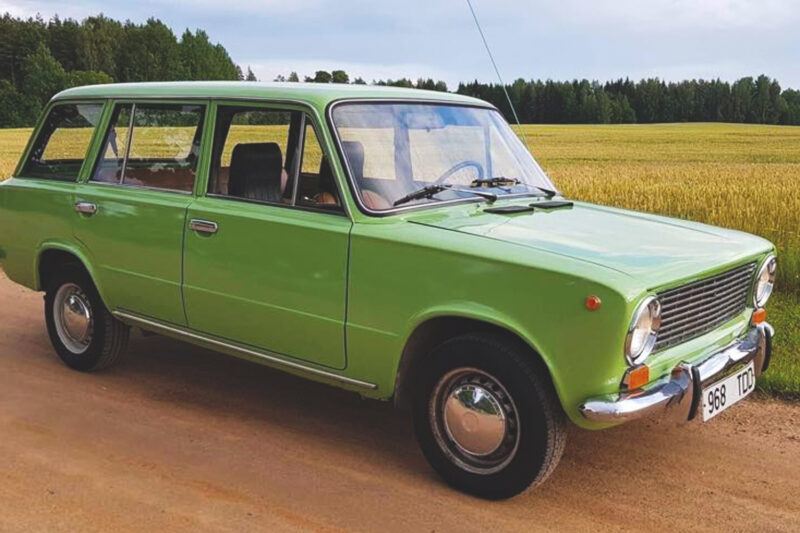 This project manager, Martin, has been a car enthusiast for the main part of his life. He has restored old American classics for years. The refurbished projects list is quite noble: Imperial ’59, Ford pickup ’39 and Mustang ’69. There’s also a 1966 Cadillac coupe de Ville and 1957 Pontiac in the garage. The last one is waiting to be restored and you can see it from the photo below. From the search of new inspiration, came the idea to try to convert a car to full electric. That is how the idea of an e-ZQL came to life!

e-ZQL is the next level after a blue VAZ 2102 (in the picture below), which engine was just a little too good and special to remove it from the car. The blue VAZ was export version and therefore besides the better engine, it also has VAZ-2106 “luxury” interior. It would have been a sin to start breaking up that car.
We had to start looking for another donor for the electric conversion project. Surprisingly it was found quite quickly. In perfect condition, the 1985 unit was found from Finland. Almost entirely covered with original paint it was perfect and the transformation project had its new start!

Of course, all parts of all chassis parts were replaced – brakes, front axles, shock absorbers, etc. The interior was in decent condition and probably can be left unchanged and as it is.
As shown in the pictures, there is a gearbox attached to the new 20kW electric motor. It is one step closer to the “originality” as the drive will go on with changing gears. Also, it would be too quiet to drive, not so appropriate for the car from the soviet era. The gears will be replaced by an electronic clutch, it’s like an inline switch.

As you can see, the controllers are already on the place and the next step is the installation of the Nissan Leaf’s 24 kWh battery back by the end of January. Energy consumption will be placed to where originally was the refueling cork.

Stay tuned and visit the site again, as we will update the project gallery on the go, as soon as possible.